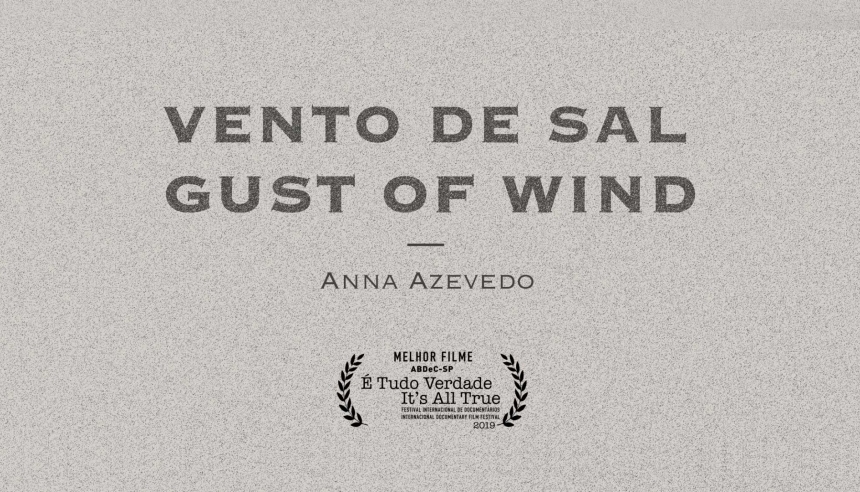 Gust of Wind, by the director Anna Azevedo, was awarded this Sunday at the "International Documentary Festival – 2019 It's All True". The Butterfly Films and Pixbee co-production received the ABD-SP Award (Brazilian Association of Documentary and Short Filmmakers) for best short film.

Gust of Wind debuted at "2019 It's All True", an international festival that took place in São Paulo and Rio de Janeiro, from April 4 to 14. In a parallel prize attribution, the short film shooted in Nazaré, Portugal, was rewarded by Brazilian Association of Documentarists and Short Filmmakers.

The 24th edition of this festival exhibited a remarkable number of biographical films. In this context, "Vento de Sal brought a necessary freshness to the selection", emphasizes the portal of film critic Adoro Cinema. "The beautiful short film by Anna Azevedo records the end of the day for two fishermen, storing their shellfish before going home. It is extremely simple, well filmed and observed, and very suited to the power of the short format”, underlines the website.

In the same line of thought, Carmattos, Carlos Alberto Mattos' blog review, describes Vento de Sal as "a minimalist and poetically simple film. A camera stuck in the sand of a beach in Nazaré, Portugal, observes two elderly people around with the drying of fish on the stretch. (...) The short film invites us to suspend the rush and appreciate what does not have it".

Vento de Sal is a short film of 15 minutes, written and directed by Anna Azevedo, produced by Butterfly Films (Brazil) and Pixbee (Portugal).